We received such a lovely Testimonial from Robert that we had to share it:

It was April 2015 and like many a groom before me I’m certain … sadly I left sourcing suits for me and my groomsmen far too late.  After a quick google, I contacted Just For Him for a miracle (i.e. less than 3 weeks before the wedding day).  Initially they tried really hard to accommodate but with my groomsmen spread far and wide across the country it became a further stretch to try and get everyone coordinated and in Sydney, so despite JFH wanting to help I couldn’t get things together at my end to take advantage of the limited sessions that were then available.  JFH put me on a wait list and I was delighted that a spot opened up that suited everyone and we jumped at the chance for a Styling session.

We were helped by Lisa and her team and the session itself was kinda awesome.  Despite timing being tight, Lisa was supportive (whilst being direct) and we were soon decked out in a few sharp looking suits and accompaniments that had us standing straighter, chests puffed, and with smiles all round.  We got great styling suggestions but still felt we had ultimate control the whole way through.  There were no short-cuts and it was so clear that irrespective of timing, having a happy client whilst ensuring they did not drop their high standards were of utmost importance to the team at JFH.  Given the quality of the gear we opted for, pricing was reasonable and all tailoring was catered for and spot on.  A week or so later we picked up our gear with days to spare and the results on the day were sparkling.  Thank you so much to the team at JFH for adding to our special day – you guys own it – all the best to you all and you deserve every accolade that comes your way.

Thanks Rob for your kind words - All our hard work paid off - you all looked 'Red Carpet Ready".  All the best to you and your wife. 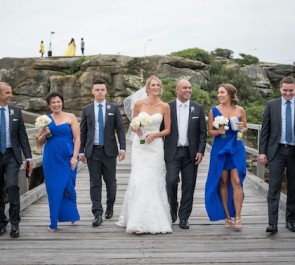 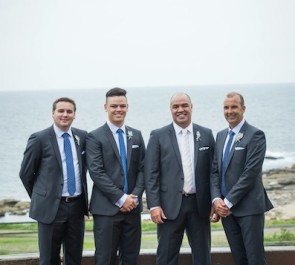 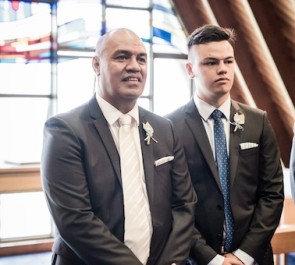 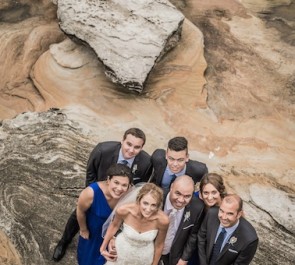